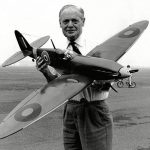 The club’s beginnings go back to the early 90’s when rc pilots from K.I. Saywer Airforce Base and the local area decided to join forces and form an official club. Sands Model Airplane Club was originally chartered in August of 1992.

Club membership was cut in half in 1995 when K.I. Sawyer was closed. However in the past 5 years the club has seen a steady increase in membership and interest.

In that same time period, the club has made some vast improvements to the flying site and has also added some other venues. Such as indoor flying and float flying. 2008 saw the opening of the new SMAC runway. The new runway boasts a 900ft x60ft north south main with a 450ft x 60ft north east auxillary, 7 new pilot stations along with work tables for tuning your aircraft. Primative restroom and camping facilities are also available on site.

We held the first Fun Fly on our new runway in September of 2008. We had an excellent turnout from both pilots and spectators. Our Fun Fly of 2009 saw noticeable growth in both areas and will continue to be an annual if not bi-annual event at SMAC.

The club has also expanded into Club40 Pylon Racing and now built a new field at the Marquette County Fairgrounds.

There are no upcoming events at this time.